Gains and Losses in the year of our Funk 2015 Every year we lose people who mean a lot to us. In music there are always a few resonant losses, some years more than others. In 2015 two funk legends passed beyond this realm that had particular significance for me.

Making a living as a musician in today’s world is challenging. For black men & women in the 1960s and 70s who were already at a palpable disadvantage simply because of their skin colour the challenge was (and still is) significantly greater. For black women in those days who suffered discrimination for both their race and gender it was (and is) arguably the greatest hand of adversity anyone in American society could be dealt.

By the time Sly & the Family Stone reached national fame Cynthia Robinson’s achievements as a black, female trumpet player in a major band were singular. Cynthia’s contribution to the band’s sound was every bit as crucial as any of its members. Cynthia and Jerry Martini put together a top layer as melodically and rhythmically rich as a trumpet & sax can get producing some of the most memorable and grooving horn arrangements ever recorded.

Having spent some time over the past few years writing for horns and working with horn players on and off the stage I have come to appreciate just how much they can bring to the table. The physical presence, punch, range of expression and richness of the sound are both immense and inimitable. Programming horns convincingly is, in my experience, far more trouble than its worth and never yields sufficient character. Despite the additional cost I’d encourage anyone to go the extra mile for horns in your line up (where appropriate). You will also be providing local musicians with much needed support.

But Cynthia was more than a trumpet player. She was also the hype woman – one of the original funk toasters with a knack for getting the crowd going. On all of their 60s albums she can be heard acting in that capacity.

Sly & the Family Stone were a collection of unusually talented characters, each with their own distinct voice. As one of the most diverse line ups of the period they also literally represented unity. Through their music above all they were a galvanising force of social change. As hard as it was for black female musicians to make it in the 60s to have also contributed to that force the way Cynthia did is, in my opinion, a remarkable achievement. Take that trumpet & that voice out of those records and you’d miss them. And we do. Farewell Cynthia (January 12, 1944 – November 23, 2015). 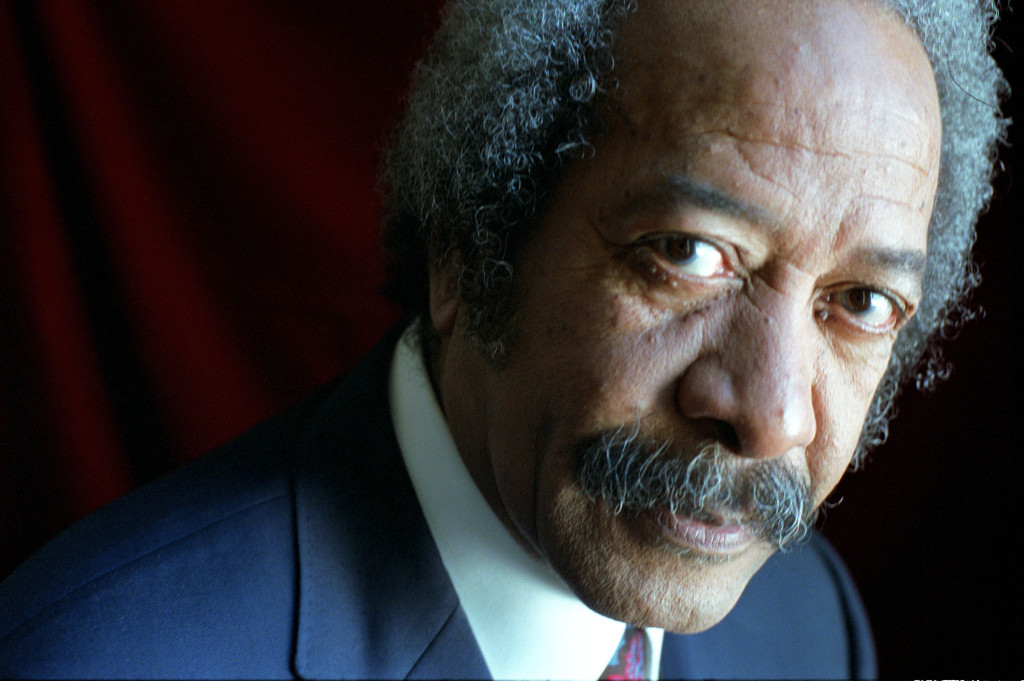 The Meters have been my favourite band from the very moment I first heard Cissy Strut in the late 90s. At that time they were beginning to enjoy a revival in appreciation following a long period of being widely forgotten since the late 70s. Their records had not been reissued on any format and were hard to come by. However, many hip hop pioneers had been sampling their grooves thereby bringing their inimitable sound to a new generation of listeners including me. To his credit Quentin Tarantino also featured them in a number of his soundtracks including Jackie Brown.

I started looking for Meters records and soon discovered that they’d also been the backing band for quite a few other artists (I still have my vintage copy of Dr John’s In the Right Place). Over the years I’ve gradually discovered more and more records that they played on each solidifying their number one spot in my estimation even more.

There is a thread that runs through virtually all of The Meters’ collaborations & original recordings throughout the 60s and 70s: a man called Allen Toussaint, the architect of the New Orleans sound (including the Bayou Funk style coined largely as a result of The Meters) from the mid-sixties all the way through to 2015. Considering only his prolific songwriting and production contributions to Funk that later also brought so many Hip Hop records to life I believe Allen’s influence on music as a whole is underestimated. He not only developed, produced, co-wrote and arranged nearly all of The Meters own extremely funky catalogue but he also wrote and co-wrote a huge array of songs that featured both in his own repertoire and that of many other artists. On top of all that the way he deployed a horn section was nothing short of badass. Listen to The Meters’ Rejuvenation LP.

Apart from Allen’s better known material there is a vault of equally strong, sometimes criminally underrated material including Lee Dorsey’s phenomenal Yes We Can LP (again with The Meters backing). That particular LP, along with much of The Meters’ and Lee Dorsey’s work, is another example of funk & soul as a positive force encouraging change for the better. Again it is important to recognise that these were black folk in a world of white supremacy creating some of the most positive and joyful music I have ever come across. That too is part of Allen’s extraordinary legacy. His compositions may never have topped the charts but in my opinion they deserved to many times over.

Admittedly I hadn’t heard any Kendrick Lamar before this year. I’m late to every party. As soon as it was announced To Pimp a Butterfly was being hyped by everyone. From what I’d read it definitely sounded interesting. When I finally got around to listening to it just a few months ago I was utterly blown away. In my opinion it is not only the best new album of 2015 but the best Hip Hop album in at least 20 years. The reasons for this follow on from Cynthia and Allen’s contributions.

Hip Hop is a force for change

Born very much out of Funk, Hip Hop began life as a powerful, conscientious force for positive change. To a greater extent than Funk it was the pioneering, creative appropriation of technology that lead to its inception. It became the next paradigm of black consciousness after Funk. Few groups exemplify this better than Public Enemy who have stayed true to that paradigm over a remarkably long period of time.

Unfortunately the music industry forces that brought us ‘Disco killed Funk’ on to Hip Hop. The industry exploited Hip Hop through homogenisation and saturation resulting in a host of detractors and ultimately demeaning the paradigm. Few managed to stay true to the roots of Hip Hop while rising to the top of the industry. Decades went by. Fewer and fewer artists in the mainstream were addressing society’s most immediate issues in an honest, positive or meaningful way.

The rise of Kendrick Lamar

Kendrick Lamar rose to fame from his mid-teens against the odds and despite the adversity of his own upbringing in the ghettos of Compton. His unquestionable talent brought him through his first two albums right to the top of the business. Like many before him he then faced a choice. He could do what the labels were forever pressuring him to do and stick to the proven sales formula or he could take the road less travelled by and focus on the glaring injustices in American society to which his own community of origin are particularly subjected. He chose the latter with a vengeance.

To Pimp a Butterfly – an album for our time

To Pimp a Butterfly powerfully conveys a deep understanding of Kendrick’s own relationship with the legacy and impact of American white supremacy that continues to this day. Behind and delicately intertwined with this understanding is a knowledge of the music history and culture that fed into his own work. As James Baldwin once wrote about his contemporary Langston Hughes: “he is not the first American Negro to find the war between his social and artistic responsibilities all but irreconcilable.”

By making this album Kendrick not only conveyed a powerful statement on behalf of those who suffer injustice on a daily basis but he also set a positive example to other artists in his position. The effect has been staggering – a real turning point. Musically the album both explores and pays homage to Funk, Soul, Jazz and the ‘golden age’ of Hip Hop while still sounding fresh and raw. Both George Clinton and Ronald Isley made significant contributions to the record. Kendrick has taken the galvanising spirit of Funk and Hip Hop one giant step forward to somewhere we haven’t been in a long time. I cannot praise him enough for that and I draw inspiration from what he has achieved for the year ahead.