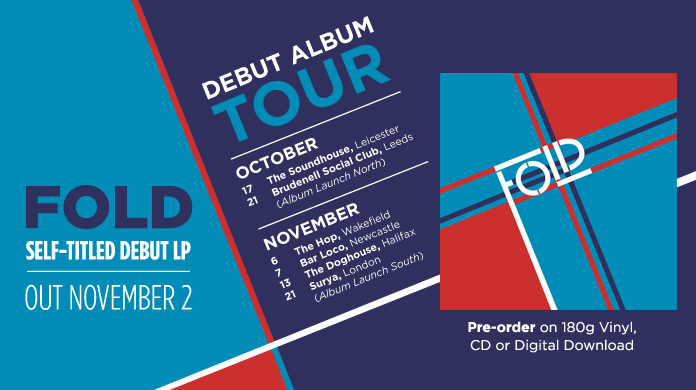 The debut Fold album is out November 2 on 180g vinyl, CD & digital download

We are incredibly excited to announce the release of the debut Fold album entitled simply Fold on November 2. Already available for pre-order the record will be released on 180g vinyl, CD and digital download. The 10 track running order includes several unheard songs as well as newly recorded versions of some more familiar ones. Emma Johnson’s heavyweight horn section that features on Be Water My Friend returns on another four tracks bringing it right back to the 70s.

In support of this momentous release we are taking the show up and down the UK with debut shows in Leicester, Newcastle and London:

We hope to see you all at one or more of these dates.