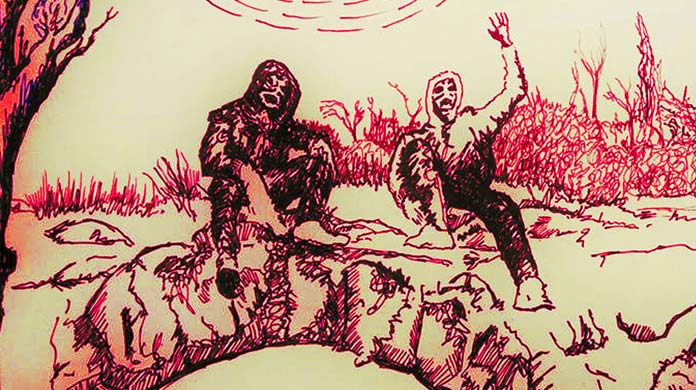 In the wee hours of a cold night in January 1997 a young man full of promise, character and kindness took his own life. He hung himself in his parents’ stairwell which is where they found him the following morning. He was 23 years old and he was one of my dearest friends. I will never be able to shake the memory of what I saw in the eyes of his mother and father that day, especially since I became a parent myself. Nobody knows exactly why he decided to kill himself at that time – the note that he left was garbled and incoherent. He had even made plans for the day and although it was known that he had been suffering from bouts of depression nobody, not even his closest friends, saw it coming.

I am no stranger to depression. I have confronted both severe anxiety and depression in myself over a 20 year period. On a number of occasions my internal state was so unbearable that I was driven to consider suicide. Fortunately at a crucial time with the support of my wife I sought help. I went for counselling, years of psychodynamic therapy and an extremely helpful course of cognitive behavioural therapy. I reconnected with my physical being in order to improve my mood taking on more regular exercise, better nutrition & hydration and a myriad of other solutions. It has been a long and difficult path with many obstacles but I can now say in all honesty and with pride that I am alive and well.

Here in the UK male suicide is a serious concern. Ally Fogg wrote this in The Guardian back in February:

“In 1981, 4,129 men in the UK took their own lives. Three decades later, despite improvements in psychiatric and emergency care medicine, a range of suicide prevention barriers and policies and, arguably, some degree of social, political and personal empowerment, the number in 2012 had risen to 4,590.

Our failure to even dent the rate of male suicides over 30 years is a national scandal and a national tragedy. It is a failure that has cost tens of thousands of lives, stolen from us too many friends, fathers, sons, and brothers. To what extent we might have been able to reduce the rates with a concerted effort we cannot know because, shamefully, we have never really tried. If the next 30 years are to follow a different pattern, then acknowledging the true nature of the problem is a vital first step.”

Today our friends Ceiling Demons have released the Fold remix of their track ‘Every Step Is Moving Me Up’ – a piece that ‘provides a positive and uplifting message which aims to help people who are suffering from mental health issues such as depression.’ All proceeds from contributions go directly to the charity CALM (Campaign Against Living Miserably) who are ‘dedicated to preventing male suicide.’ We are extremely proud to be a part of this positive gesture and encourage everyone to spread the word.