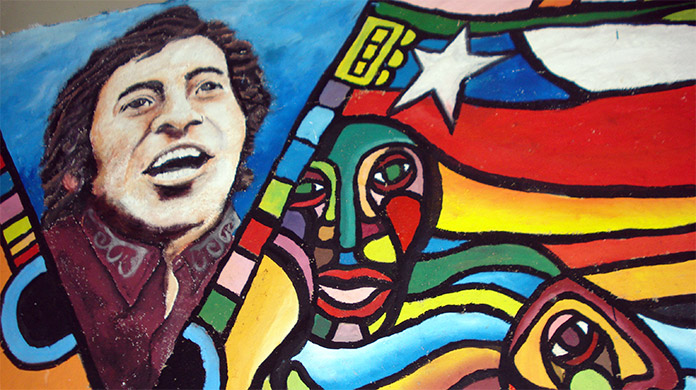 12 years ago today I was late for work and didn’t make it into Manhattan. They halted the F train I was on at Smith & 9th Streets shortly before the South Tower collapsed. In a small way I owe my continued existence to my disdain for authority and my love of sleep. An immense black cloud appeared over Brooklyn in the hours that followed and hung there for days and days.

My thoughts today are with the families of those killed on that day in New York but also very much with those first responders whose ailing health is not being adequately aided by the state they served so heroically. My thoughts are also with the victims of all atrocities committed by that same state using the attacks of 9/11 as a justification. I experienced a taste of war for just one day – many people across the world have that experience every day. The US military industrial complex has a large share in the responsibility for their suffering.

Last but by no means least my thoughts are with the people of Chile on the 40th anniversary of the coup in 1973 that killed Salvador Allende and countless other innocent men, women and children. This was a 100% US backed coup. Chile’s 9/11 didn’t occur in just one day – it lasted for decades. A large part of the responsibility for that immense period of suffering lies at the feet of Henry Kissinger and the CIA. No reprimand of any kind has yet been forthcoming.

Today I especially feel for the wife of the wonderful poet Victor Jara who was so brutally tortured and murdered that I can’t even bring myself to relate the details. The prime suspect in the killing, a former lieutenant in the Chilean army, is still living free on US soil. There is a ray of hope today though as he has finally been served with a lawsuit.

There is another ray of hope in the apparent backing down of the US against Syria. Not only has a dire conflict with horrific global potential likely been avoided but it seems that the UN is at last standing up to the US and will demand to see the conspicuously absent evidence of Assad’s chemical attacks. As Mike Ruppert said a few hours ago:

And just maybe, seven billion of us are beginning to realize that we can put an end to this.