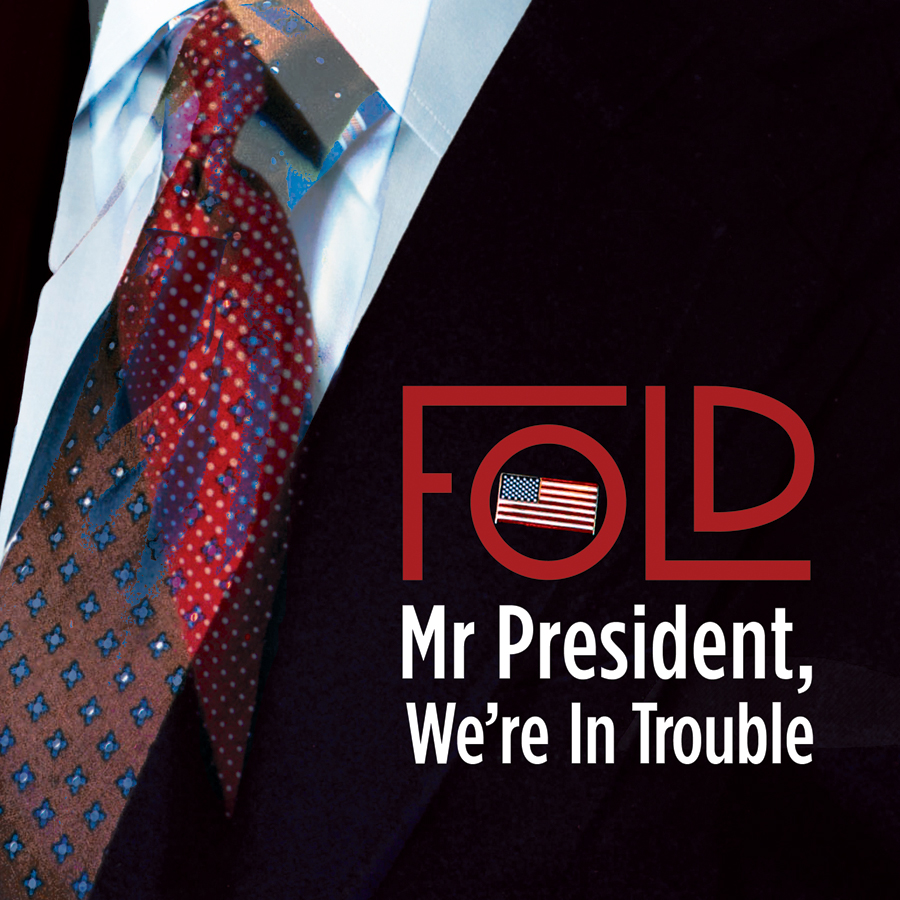 Today marks not only the 2012 US election but also the release of our single Mr President, We’re In Trouble. This is, as you may have guessed, no coincidence.

Obama’s 2008 campaign hinged on the slogan ‘Change we can believe in.‘ People bought into that for a reason: many wanted things to change and they still do. Things have changed as they always do, although perhaps not entirely in the way that people buying into Obama’s slogan wanted it to.

Is this Obama’s fault in particular? I don’t think so. Nobody can take full ownership of the problems of a country, let alone the world. To expect them to do so is foolish.

We released Mr President, We’re In Trouble on election day in the hope that anybody listening would take a step back and try to look at this day from a broader perspective than the immediately apparent two party contest. The problems of our nation and indeed our world are deeper than economic recession and energy supply shortages as Jimmy Carter suggested in 1979. Our record reflects on the fact that for whatever reason within the fabric of our society we have collectively allowed the things that matter most to us as human beings – particularly those innate qualities of love and community – to become subordinate to the profit motive and accumulation of personal wealth. This is a sad state of affairs and we believe that most people find it fundamentally unacceptable.

We think that it is neither fair nor productive to blame any person or group of people for this. If we want things to truly change we must each accept our own responsibility in allowing the world to be the way it is and start to both think and act differently. We do need our leaders to set an example but each of us must do the same and lead by example within our own lives – within our own families, circles of friends, jobs and wider communities.

On the other hand it would be fair for you to ask us: ‘It is all well and good to put out a record talking about all this but what good does that do? What are you doing to change the world?’ With this release we are committed to donating 75% of profits from digital sales to The Equality Trust:

“…an organisation working to promote more equal societies across the world. The trust was founded on the back of a groundbreaking book called The Spirit Level, by Richard Wilkinson and Kate Pickett, which used 30 years worth of research to prove why more equal societies are better for everyone (a hugely compelling piece of work that is well worth reading).”
–Music Junkie

We made a conscious decision to release this record independently without seeking the help of a label, promoters or any form of management. We have done it all ourselves relying on the openness and forward thinking of those bloggers, radio stations and reviewers who have been receptive to our submissions. The main reason we did this is because records like this do not get pushed to the forefront of the music business.

Having worked long enough in the music industry myself I know that our chosen A side would probably never have been classed as a single by any label. It would’ve likely been considered too slow, not radio friendly, uncommercial, controversial or too political and may well have ended up as album filler.

It seems that the only way to get a record like this on the musical radar is to put it there yourself so that’s what we’ve done. We have been both surprised and overwhelmed by the positive responses. What has come to light is what we hoped would be the case which is that people do want to hear artists speak out on these matters and give our collective consciousness a voice – as John Lennon said that is what artists are meant to be: a reflection of us all.

Although we have released the single globally on all digital download networks we offer it on our own site on a ‘pay what you can’ basis – you can pay nothing at all if you like. You can also buy a limited edition red 7″ vinyl copy for £5 plus shipping and you’ll get the digital download for free along with it.

For those in Manchester and Leeds who prefer walking into a store to buy records (I also happen to be one of those people) you’ll find our 7″ in these fine establishments:

Above all we hope you enjoy the music. Thank you all so much for listening (and may the best man win 😉