Debrief: Art Uncut event in support of the Fortnum 145 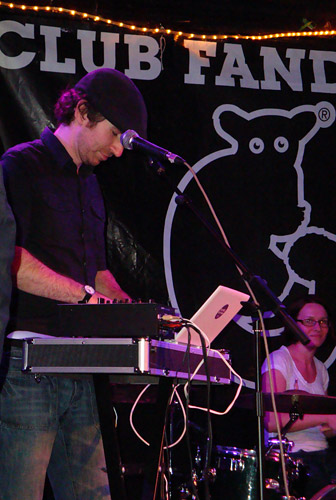 On Friday May 13 Fold headlined an evening of talks, music and comedy at the Bull & Gate (Kentish Town, London) organised by Art Uncut in support of the 145 members of UK Uncut who were controversially arrested for staging a sit-in at Fortnum & Mason on March 26, 2011. The purpose of the sit-in was to draw attention to the estimated £40 million in tax avoidance over 4 years by Associated British Foods which is majority-owned by Fornum & Mason’s parent company Wittington Investments. The £40 million figure was calculated by Tax Research UK.

The arrests are a clear example of political policing – the police have publicly stated that the primary motive behind the arrests was to gather intelligence on protesters. There is even a video of a senior police officer at the scene describing the protests as ‘non-violent and sensible’ and promising that they could all leave freely. Many who were arrested were subsequently treated very badly including a 15 year old girl who was forced to sign a waiver to indemnify the police in the event of her own suicide. Much of the subsequent mainstream media coverage has been grossly distorted and skewed in an attempt to vilify the protesters but the footage from inside Fortnum & Mason that day gives the most accurate picture of events.

The Art Uncut event drew a large and diverse number of people and even raised £630 towards the legal costs of the Fortnum 145 – a drop in the bucket perhaps but a much needed gesture of support. Most importantly the event served both to raise awareness of the UK Uncut movement and to demonstrate that those whom the authorities target to ‘make an example’ can always count on there being support among the wider public. Not everyone will be drawn out to support those under threat but enough to make a crucial difference that none of us should be alone in standing up for a better and fairer world.