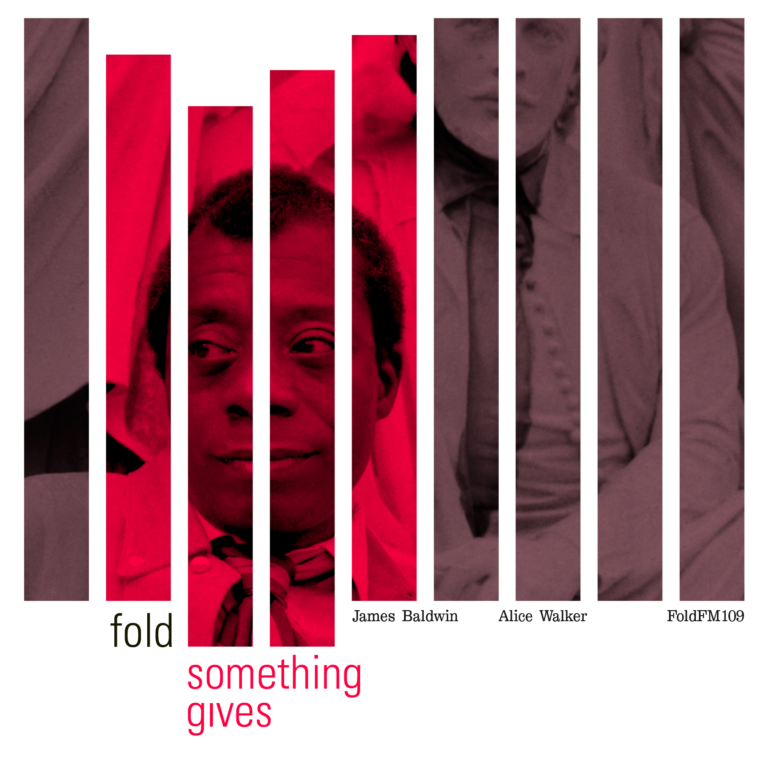 Fold’s single Something Gives was written around excerpts from an immensely powerful 1963 interview with James Baldwin by Kenneth Clarke. It was intended as an urgent response to the gathering darkness of events across the globe in 2016. Having given this track its debut UK national radio play on BBC 6 Music before it was released Huey Morgan included Something Gives among his top records of 2016 on the very last day of the year. Gideon Coe provided a hat trick of spins on the same station and Kara Manning premiered the record on US radio via WFUV, New York.

These people have deluded themselves for so long they really don’t think I’m human. I base this on their conduct, not on what they say, and this means that they have become in themselves moral monsters.

It doesn’t matter any longer what you do to me: you can put me in jail, you can kill me. By the time I was 17 you’d done everything that you could do to me. The problem now is: how you gonna save yourselves?

How you gonna save yourselves?

There are days, one of them, when you wonder what your role is in this country and what your future is in it. How precisely are you going to reconcile yourself to your situation here, and how you’re going to communicate that you are here?

The country has arrived at a place where it can no longer contain revolt. Human beings are not by nature non-violent, you know? You can only survive so many beatings, so much humiliation, so much despair, so many broken promises before something gives.

[REFRAIN]
I’m terrified at the moral apathy, the death of the heart…

We are being killed by people who don’t feel – if we get down to that, that is the problem.

[JB]
I’m terrified at the moral apathy, the death of the heart…

[REFRAIN, JB]
I’m terrified at the moral apathy, the death of the heart, which is happening in my country.

[JB]
I’m aware that something terrible has happened, which is very hard to describe.