Fold – Salvation (A Collection of Poems by Mr Gee) (EP) 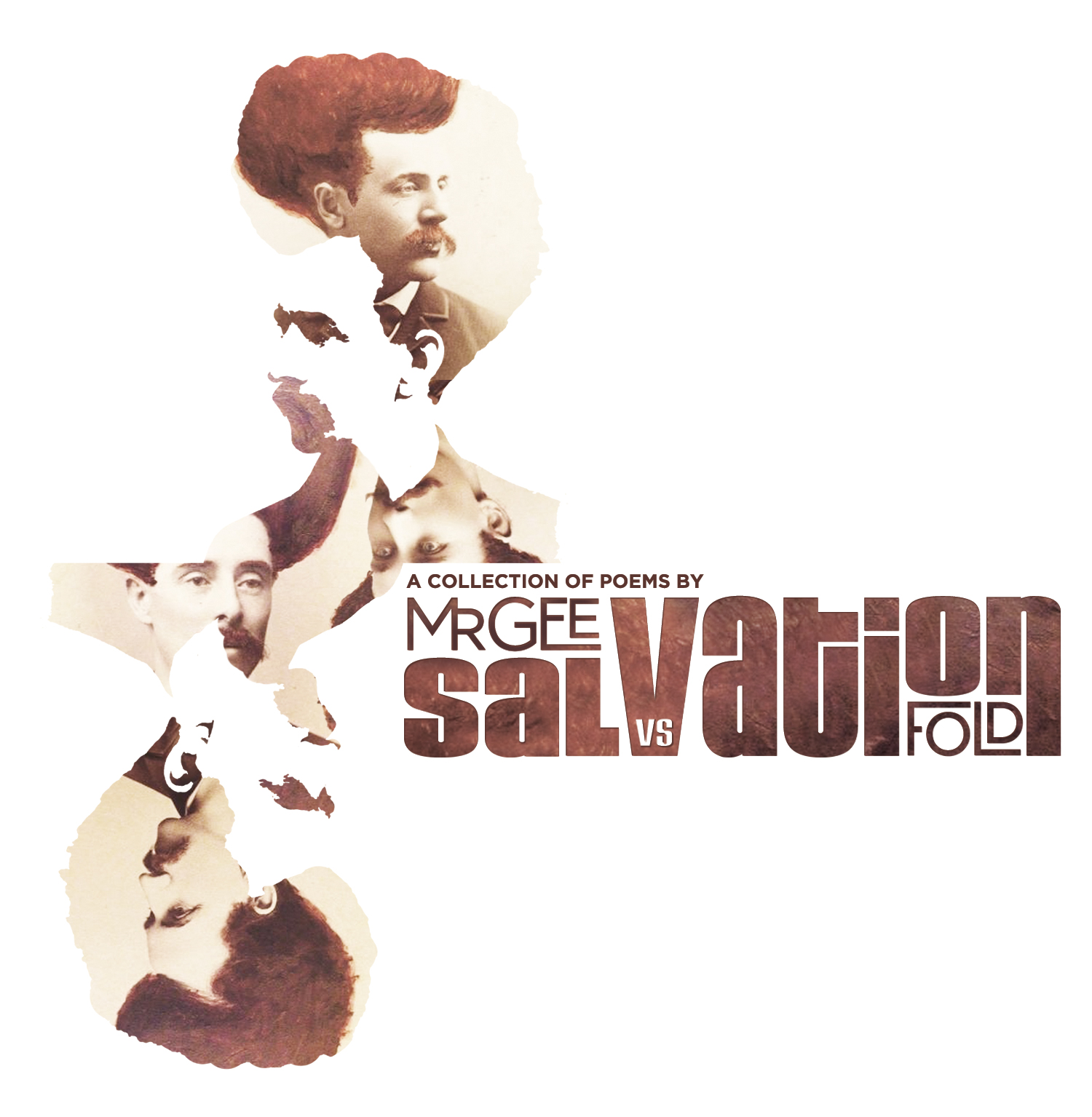 Salvation, the title track of this debut collaboration between Fold and Mr Gee, was played & praised by Lauren Laverne on BBC 6 Music.

Save the pressure of public perception
Save the treasure that comes from collection
Save winter’s discontentment, a cold summer’s resentment
Save voter apathy, a crap football team and short spans of attention
Save mishandled scandals, undamaged faith in professionals
Save the alchemist that balances science and intervention

Save industrial strikes
Save the extra daylight
Save the rainy days, last night a DJ saved my life
Pray that unknown Tinas aren’t saved by well known Ikes
Save the good intentions that pave the days of our lives

Save electricity
Save the bumblebee
Save the humble ministry from tumbling amongst the weeds
Save the police deputies and sheriffs that messed with Bob Marley
Save the deterrent inherent in all the world’s armies
Save us from the next flood, earthquake or tsunami
Save the invite
Save the party

So before an offer can be made of salvation
Let’s save ourselves and then work on the nation.

Who is the oppressor and who are the oppressed?
Who controls the mould that traps our souls
for he who rolls the dice holds the keys to treasure’s chest
Freedom can sail in on a half-shell
but does it ride the wave of a crest?

But in the company board rooms – we never see your face there
Why die for post codes that you don’t own because bruv, nobody cares
The only slang this world understands is about the juice you got to spare
to buy the bricks between the mortar or the land beneath the air

Only effective journeys are worth repeating
and only reflective fables are worth rereading
For a story can never be told in the same way twice
and different generations each remould an old excuse to give it life
But can we honestly claim to be a victim all the time?
Is our sickness fully owned by the man who holds the dice?

So, who is the oppressor and who are the oppressed?
Its the thinking of remaining a victim in this life that brings you death

Born of distant chimes from Big Ben sounding out clear
are now but faded harmonics in history’s memory
Recollections of thoughts, opinions, slangs and ideas
each government reinvents the wheel rotating new energy

If Westminster could speak, what secrets would it leak
if the concretes could talk would it tell?
If the gutters and drains could wash away our pain
could it wash away the stain of our guiltiness as well?

Call out to the desert, the sand and the wind
call out to a civilisation of centuries
Call out to the flesh meeting bullets of sin
a dangerous oasis now proved to be empty

You say I look familiar, no I doubt that you’ve ever noticed me
As I sweep the city streets early in the morning when you’re usually asleep
And in the evening when you’re yawning and maybe forgotten to brush your teeth
I’m constantly polishing to keep the toilet seats in your office squeaky clean
So obviously my face is unfamiliar to you for we live in worlds apart
You won’t see me begging on the corner or offering to wash the windows on your car

I have no drugs to sell you, I provide no call girls to thrill you
And I’m quite sure that I’ve never threatened to mug, rob or kill you
So is it any wonder that our paths have never crossed?
You seem lost; questioning whether or not I actually exist
I inhabit the lowest positions where my face is only just allowed to fit
I know I don’t speak the language too good
I know that my culture and my customs are sometimes misunderstood
And yes, I’m easily overlooked because I’ve never committed a crime
for your tabloid articles – those paranoid charters full of stories
detailing how I’m ripping out your heart and have no function in your society
for the life of me its remarkable

Do you think the toilets actually clean themselves?
Or that the warehouses cast a fantasy spell to magically stack their shelves?
My labour is exploited daily for next to nothing
From fitted eletrical systems to problems with kitchen and bathroom plumbing
Yet my only dream is to see my children free from such struggling
So I’ll take all the hatred this world has to give
The experience is humbling

I work in the restaurants that feed you, the hospitals that heal you
Cut me and I bleed too my feelings aren’t see-through
Yet you pass me every day with nothing left to say
then go home and speculate about how I don’t assimilate?
I understand your frustration with the changing face of this nation
I come from the place where cheap labour came from
Different continents its the same song
But I work to provide my keep, and my keep provides my heat
and the rent and the food for my family to eat

But tell me, what do you see? A criminal, a wastrel, an immigrant ungrateful?
No I’m none of the above labels except maybe a convenient scapegoat
So forget that you ever saw me, just ignore me
And we’ll both carry on walking undaunted – passing as strangers.